Rental growth and earnings back in sync 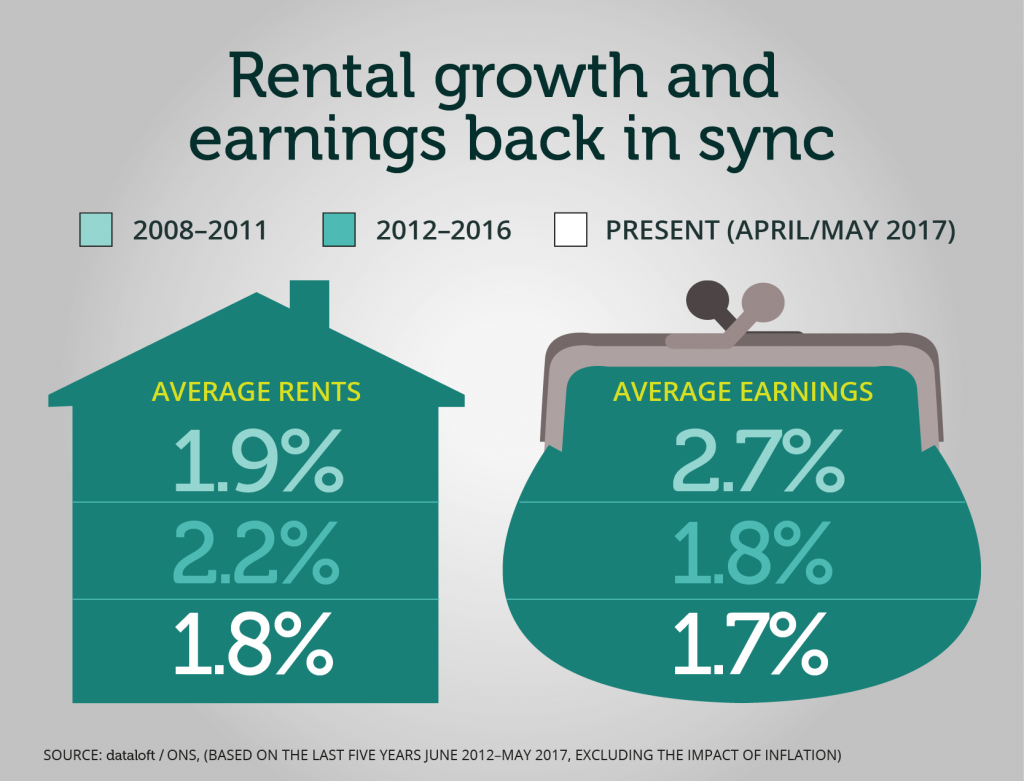 The gap between rises in rental values and earnings is narrowing according to new data released by the Office for National Statistics. Rents in the private sector rose by just 1.8% over the last year, while average earnings have risen at almost the same rate – 1.7%.

Over the long term, trends in earnings and rental values have moved broadly in parallel, with wages dictating what tenants could or would pay in rent. But there have been short term variations from that.

In the aftermath of the economic crisis in 2008, average wage increases outstripped rental price growth. Then, since 2012, the pattern reversed with average annual growth in rental values 2.2%, compare to growth in earnings of 1.7%

According to HomeLet, the average private rental household spends 29% of its average monthly income on rent. The ONS English Housing Survey put the figure at 35% in the 2015-2016 survey, up from 34.2% in 2012-13. Just as in the housing sales market, there are affordability pressures for renters too. In real terms, (adjusted for inflation), average earnings fell by 0.6% in the three months to April and household budgets are being squeezed further. This may well keep rental prices in check over the coming months.