Is The Help to Buy ISA really going to help you to buy a home? 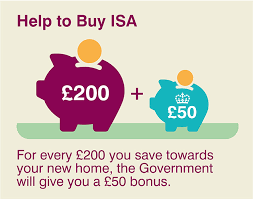 The government’s flagship Help to Buy ISA scheme has been in the headlines in recent weeks.

An article was published in the Daily Telegraph of which claimed that the initiative, which aims to help first-time buyers to raise a deposit for their first home, is in reality misleading people.

When the scheme was first introduced by former chancellor George Osborne last December, it was suggested that first-time buyers would receive a 25% government bonus on savings put into the ISA, which could be used to help fund the deposit of their first property purchase.

Now it seems clear that the 25% bonus will not be paid by the Treasury until after completion. It could then be used by buyers for mortgage repayments, running costs or other post-completion requirements, but the sum would not be handed over early enough for the deposit.

This is strange, given that this seemed to be the whole point of the Help to Buy ISA in the first place – helping first-time buyers, struggling to cobble together a large deposit for a house purchase, to reach their target quicker.

The Telegraph, when analysing the small print of the scheme, found that the bonus could not be used for the initial deposit, with the Treasury forced to admit that this clause – preventing people from receiving the bonus until the sale has completed – was to stop anyone benefiting from the scheme who didn’t actually have any intention of buying a home.

A number of banks and lenders have been advertising their Help to Buy ISAs on the basis that it will help first-time buyers to build up their deposits.

These adverts may now have to be changed because of the newspaper’s findings.

Since the story broke the National Association of Estate Agents (NAEA) has waded into the controversy, with the industry body accusing the government of changing the goalposts for first-time buyers who have used a Help to Buy ISA to assist with that all-important deposit.

The NAEA certainly didn’t mince its words, saying that the revelation that first-time buyers can’t use the government bonus until after completion showed a “painful lack of transparency” and was “frankly nothing short of deception”.

It didn’t end there, though, with a leading Conservative backbencher – Dr Sarah Wollaston, MP for Totnes – urging the government she is a part of to resolve the issues surrounding the Help to Buy ISA.

She tweeted: “Come on HM Treasury, sort this out. Absolutely everyone believed Help To Buy ISAs were for deposits, otherwise they don’t [help to buy]”.

At the same time, she linked to a story that suggests some banks participating in the Help to Buy ISA scheme believe they were misled over its timings and intentions.

The Treasury, for its part, has sought to distance itself from the row, arguing that the delivery of the 25% government bonus – and when it happens – is down to the banks and lenders themselves.