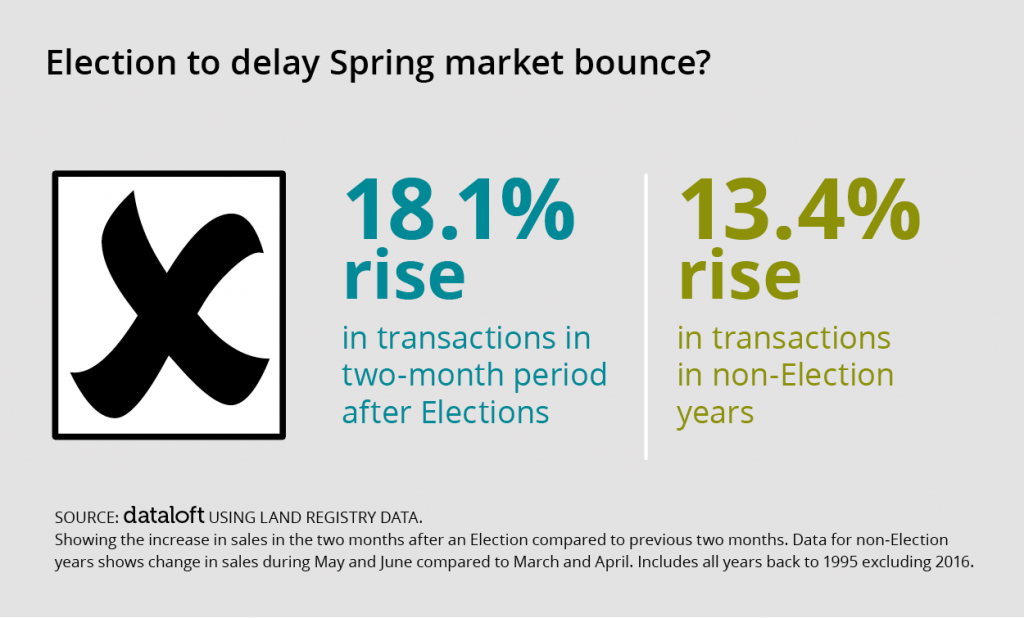 General Elections, traditionally held in May or June, have historically had the effect of dampening the usual Spring rise in the housing market. Buyers do not like instability and an Election brings a further level of uncertainty. However, there is also evidence to suggest that transaction levels pick up in the immediate aftermath of the vote.

However, with the unexpected timing and short run up the Election on 8th June, it is not clear whether buyers, already part way through the conveyancing process, will put the brakes on transactions.

During three of the last five Election years, the Spring bounce in transaction levels has been tempered. In 2015 (the most recent Election year) sales in the run-up to the vote during March and April were 9.2% lower than might have been expected.